“I think I’ve got the black lung, pop,” said Derek Zoolander. “For God’s sake Derek, you were down there one day!” replied Larry Zoolander. Ben Stiller’s role in Zoolander from 2001 leaves much to be desired overall, but just as in our office, black lung is commonly referenced.

Federal Black Lung claims have long been fought and regulations have certainly changed over the years, but even in light of efforts for the United States to reduce their own carbon footprint, coal is still necessary to power our homes. Where there are
coal mines, there are coal miners. And where there are coal miners, there is pneumoconiosis, more commonly known as black lung disease.

If Derek Zoolander cannot develop black lung after only one day underground, then how long would it take? This has long been the debate between claimants and their former employers.

For many, this will be the first they have ever heard of black lung disability benefits, since it is more of a niche area of practice. In order to receive these benefits, the claimant has to prove: 1) he/she has pneumoconiosis; 2) his/her pneumoconiosis was caused at least in part by exposure to coal mine dust; 3) he/she has a totally disabling respiratory or pulmonary impairment; and 4) his/her totally disabling impairment was substantially caused by pneumoconiosis.

What is Pneumoconiosis?
Pneumoconiosis arises from coal mine employment and is a condition unique to those with coal dust exposure. Black lung disease is most commonly found by chest x-rays that identify permanent deposits of particulate matter in the lungs. This causes a reaction of the lung tissue, known by what many experts call “opacities.” Alternatively, a physician can find that the miner has legal pneumoconiosis, which is not identified through radiographic studies but can be subjective to the expert’s opinion. Legal
pneumoconiosis, simply stated, is a respiratory impairment caused by coal mine employment.

Cigarettes and Coal Dust
Thinking back just a generation ago, smoking was a common social trend which left no area of our country untouched. It is fairly common to see that in these cases, there are retired miners who also have a history of cigarette smoking – which can impact
their cases. As with any area of law that involves the use of medical experts, all these positions are subject to interpretation, experience, and scientific data. When a client comes to us with five years of smoking, but 35 years of coal mine employment,
we are not likely to break a sweat. Surprisingly though, the regulations and research that went into the amendments to Federal Black Lung Regulations all accept the belief that smoking and coal dust exposure have an additive effect when it comes to the damage on your lungs. Many experts will tell you that the pathology of smoke-induced chronic obstructive pulmonary disorder (COPD) is truly no different than that of coal dust exposure COPD. They argue that the processes in which both damage the lungs, as well as the subsequent symptoms, are no different.

Many experts will tell you that the frequency of which non-smoking coal miners develop COPD is marginal. So, if you are keeping score, we already have two different schools of thought. Does coal dust cause COPD or not?

What about asthma?
Most of us can recall a child we went to elementary school with that carried an inhaler or made frequent trips to the school nurse. Even asthma can be caused by exposure to coal dust, but many experts argue that asthma is reversible and thus cannot cause a permanently disabling respiratory condition.

The Process
Similar to disability cases in other arenas, the claimant initially selects a provider to schedule his or her evaluation, which will include a pulmonary function test, blood gas study, chest x-ray, and physical examination. The evaluation is considered neutral
and is performed by Department of Labor expert pulmonologists.

Depending on the results of this initial evaluation, the claimant could be awarded benefits. However, if these cases were that easy, everyone would be doing them!

Paralegals
The learning curve for a person coming into this area of practice can vary with experience, but it is typical for a person to spend at least two years before they are comfortable. Paralegals are often tasked with the following: reviewing and summarizing medical records that will support the claim; preparing clients for depositions where they will be asked about exposure to coal dust and the physical tasks of their prior employment; performing research on evidentiary limitations, including many hours scouring WestLaw and other sources for case precedent; preparing for discovery deadlines; preparing for Administrative Law Judge hearings; and lastly, briefing the case before the attorney makes any final additions or modifications.

The Intricacies
The regulations for Federal Black Lung have strictly defined evidentiary limitations that allow each party to submit two chest x-ray interpretations, two blood gas studies, two pulmonary function studies, and two medical reports. The caveat to this is that for each x-ray, pulmonary study, and blood gas study, the other party can obtain one rebuttal. Then there is rehabilitative evidence wherein you can go back to the examining physician and ask that he or she address the contrasting opinion.

Depending on how creative you wanted to be, (and how much money you are spending on expert opinions) you could have a rehabilitative interpretation from the Department’s x-ray, a rebuttal interpretation of the x-ray, and then two affirmative x-ray interpretations. Then consider the Responsible Operator and whether they have also obtained two chest x-rays. You now can obtain a rebuttal report for each of those. In case you were not counting, we are at six interpretative x-ray reports!

Broad Strokes
From the bird’s-eye view, a claimant will file a claim, be issued a schedule to submit evidence, receive a “proposed” decision, and depending on whether or not any party files an appeal, that decision will either become final or will be certified to an Administrative Law Judge (ALJ). The ALJ will hold a hearing to admit evidence and discuss any further issues or stipulations. The parties will be instructed on briefing deadlines. The ALJ will later issue a decision in the form of an Order which can then be appealed to the Benefits Review Board (BRB). The BRB allows parties to brief their disagreements or defend the position of the ALJ and thereafter, the BRB can either affirm the case, remand in part, or remand the entire decision. However, they have specific rules for their authority in reviewing these cases. Once the BRB issues its decision, parties can appeal that decision to a United States Circuit Court. It can become final, or if the Board decided to remand the case, it will be sent back to the ALJ for
remedy.

Binding Precedent
Similar to any other area of law, we are all at the mercy of the highest courts’ rulings and interpretations. Federal Black Lung cases rarely go to the Supreme Court, but our office has had a case go before the 6th Circuit as recently as June 2019, in which we were actually asked to present an oral argument. The issue of that case was based on the infamous Lucia v. Securities and Exchange Commission case. Once the Court of Appeals (within that geographic district) provides an opinion on a legal rule or further defines a regulation and its interpretation, the Benefits Review Board, Administrative Law Judges, and the Department of Labor all must adhere to that instruction.

The Skin in the Game
Benefits are initiated at the District Director or Department of Labor level upon a favorable Decision and Order. The Responsible Operator, that was designated when the claimant filed, is placed on notice for the payment of these benefits. More often than not, when they are appealing the decision, they choose not to begin payments. Instead, the Black Lung Trust Fund takes over these payments. The Fund continues to track the benefit period and will request reimbursement from the Responsible Operator once a final decision has been reached (or all avenues of appeal were exhausted) and the claimant has proven successful in their pursuit for benefits. Adversely, if the claimant is initially awarded benefits by the Department of Labor and later, by review of the ALJ or the BRB, the decision is reversed and they are found to be not entitled, they receive a letter informing them that the benefits they were paid are now considered “overpayment.” They are prompted to reimburse either the Trust Fund or the Responsible Operator.

The regulations allow for the appointment of a lay representative that assists claimants in their applications and development of their cases without any cost to them. Each region typically has a respiratory clinic for coal miners that will have these appointed individuals for assistance. However, we often will take these cases over once the employer appeals the decision of the Department of Labor. The claimant can also choose to not appoint any representative and pursue the claim on his or her own.

Where does all this leave Derek Zoolander?
In consideration that Mr. Zoolander has less than one year of coal mine experience (more accurately, one day), it would surely be a hard case to make. It takes more than a simple cough to truly establish a case of total disability due to pneumoconiosis. Our office would expect to at least obtain two affirmative chest x-ray reports, two affirmative medical reports, and possibly depose the examining physician so that his or her opinion would be more recent. I am not saying that Derek Zoolander definitely would not get benefits, but maybe he will call someone else! 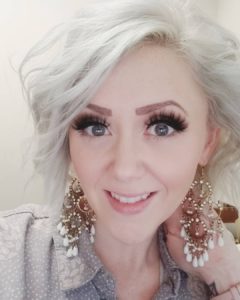 Desire ‘ Smith is a Certified Paralegal at Vowels Law PLC in Henderson, Kentucky. Prior to joining Vowels Law PLC in 2019, she gained experience working in disability claims filed with the Department of Veterans Affairs. At Vowels Law PLC, Smith uses her knowledge and experience to assist clients litigating cases, primarily in federal black lung claims. She also has experience in personal injury, veterans’ compensation, contracts, tort law, family law, expungements, estate planning, and equine law related to disputes of ownership. Smith has worked as a paralegal since 2013. She earned a Paralegal Studies Degree from Daymar College of Owensboro, in an American Bar Association approved program, graduating cum laude.