In this third and final article on legal writing, the focus will be on three very different aspects of effective communication. These three aspects are formatting documents with good design, using active voice rather than passive voice, and avoiding legalese while making a note of “trouble” words.

DOCUMENT FORMATTING
When creating a legal document, the appearance contributes to the overall credibility of the message. Appealing visual content captures attention. The author should be aware of fonts, whitespace, placement of headings and subheadings, spacing, and justification. Visual aids, graphics, boldface type, and italics are also to be considered in the overall design and effect desired for your document.

FONTS
Consider your audience when selecting a font. Arial provides a clean look. Times New Roman and Garamond are most popular. Always choose a clearly readable font for professional documents. Writing guru Bryan Garner suggests that a writer should “never use more than two fonts in a document.”1 He further admonishes a writer to use a single font style throughout the text of a document and alternating the paper’s overall look by using headings with a different font.

Adding visual aids such as graphs or charts adjacent to difficult-to-understand messaging can be helpful and serve to reinforce the content.

Font size is also an important consideration. A 12-point font is standard for a professionally written document. However, the ideal font size when preparing PowerPoint slides is in the 30- to 35-point range. The font size for footnotes is much smaller.  Boldface type creates attention. Boldface type is helpful for titles, headings, and key words that the writer wants to
highlight.

Italics are used for emphasis and for the following:

Interestingly, Bryan Garner points out that underlining is a “holdover from the typewriter era” and should be avoided.2

WHITESPACE
Whitespace margins frame the content within a document. A well-designed document assists the reader in focusing on specific text. One-inch margins are standard. Note that if your document will be bound that an extra 1/2 inch should be added to the appropriate margin.

When creating a draft document for feedback, set larger margins to allow for notetaking and comments.

When including a list or a long quotation (50+ words), create a bit of extra white space by indenting a 1/4 inch. Note that long quotations also require a right margin indent.

HEADING AND SUBHEADINGS
Headings identify the content of your paper. Headings help your reader understand the subject of the paper. Both headings and subheadings assist your reader in following the structure of your message.

Your title, or main heading, should be concise but make sense. Try to create a summary of your content in two to seven words. Avoid your heading being a complete sentence. Prepositions such as on, to, in, and of, articles such as a, and conjunctions such as and or but should not be capitalized. Using a bold font will capture the reader’s attention.

JUSTIFICATION
The ideal default for justification is left-justified. Left justification means all lines are flush to the left margin. Justifying both left and right margins (full justification) may create an awkward space between words, especially in a short sentence. To the critical reader, this spacing could appear as a mistake. Page numbers are appropriately displayed as right-justified, although they are often centered.

HORIZONTAL AND VERTICAL SPACING
Use one space following punctuation marks. Do not include a space between consecutive initials (e.g., J.D. or L.L.C.).

Single-spacing is most common. Create a full line of space between paragraphs in a single-spaced document. Note that court rules often require briefs and other documents to be double-spaced. Draft documents will be easier to edit if double-spaced.

Note that if a writer is bound by a specific word count (often in court rules), editing from passive to active voice typically saves two words!

There are almost always exceptions to the rules of preference. Writing in passive voice is appropriate when (1) the writer wants to emphasize the action instead of the actor or (2) when the actor is unknown.4 Example #1: Smith was convicted of murder by the California jury. In this example, murder is the emphasis rather than the jury. Example #2: The land has been cultivated numerous times. In this example, the actor is unknown.

AVOIDING LEGALESE
Today’s trend is to write in plain English and to choose simple words and pared-down phrases. Wordy phrases may lead to confusion. Shorter sentences are more forceful and more persuasive. Here are a few examples:

Word choice can be critical. Always consult a dictionary if uncertain about the correct word usage. The following words are frequently used incorrectly:

In summary, create documents that are easy to follow. Use features such as titles, aesthetic fonts, visual aids, headings/subheadings, and line spacing.

Although the information in this article serves as a guideline, always follow local jurisdiction rules and specifications when submitting documents to a court. 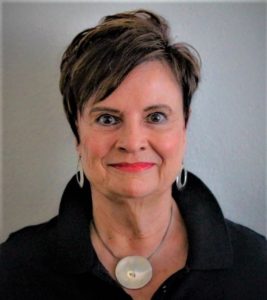