“Bias puts people in this impossible position of either saying nothing and being trampled, or saying something and being seen as a whining, complaining person, a prima donna.” Clara Ferreira Marques in How Should Companies Fight Bias?[1]

“Part of Obama’s genius is a remarkable ability to sooth race consciousness among whites.  Any black person who’s worked in the professional world is well acquainted with this trick.  But never has it been practiced at such a high level, and never have its limits been so obviously exposed.  This need to talk in dulcet tones, to never be angry regardless of the offense, bespeaks a strange and compromised integration indeed, revealing a country so infantile that it can countenance white acceptance of blacks only when they meet [a certain palatable amiable] standard.” Ta-Nehisi Coates, Eight Years in Power

“Belonging” can be described as “the feeling of security and support when there is a sense of acceptance, inclusion, and identity for a member of a certain group. It is when an individual can bring their authentic self to work.”[2] For the purposes of this article, I am strictly discussing the concept of “Belonging” as it pertains to being Black in the workplace.[3] First, the reason for this is based on my own observations. Second, my observations do not appear to be particularly unique but rather fairly common given that “Black workers in particular report feeling increased isolation at work and research …has found that over 30 percent of Black workers feel undervalued and disrespected on the job—feelings that are hardly associated with belonging. Similarly, another survey found that [almost 50%] of Black and Hispanic workers feel detached from the rest of their teams in high-stress situations.”[4]

My contention that “Belonging” is generally lacking in the workplace stems from the notion that many diversity, equity, and inclusion (“DEI”) frameworks have been implemented to ensure, first, that white people – the dominant group in most corporate workplaces – are always centered; and, second, that white people should never be made uncomfortable or have their beliefs challenged.

Diversity of Thought Serves Whom?

As to the first issue, many companies have opted to define diversity as “diversity of thought.” “Diversity of thought” is the notion that people in a group do not need to look different or belong to an underrepresented group in order to bring diverse viewpoints to the table. There are inherent risks with this logic as it essentially preserves the status quo and impairs efforts to actually include historically underrepresented groups. Chief criticisms are:

In fact, invoking “diversity of thought” dilutes diversity and limits progress by perpetuating fiefdoms and also ignores people’s actual lived experiences. In addition, such a definition of diversity can have the implicit effect of countenancing that “all [white] thoughts and perspectives” are indeed legitimate and prioritized.[9] To illustrate, one could hypothetically pose that the men carrying tiki torches and chanting “Jews will not replace us [with people of color]” in Charlottesville, VA in 2017 represented “diversity of thought.” Moreover, one could make the same proposition that the people who stormed the Capitol on January 6, 2021, represented “diversity of thought” in electing to stage a coup because they did not like the election results. On the foregoing, the views of heterosexual white men and women in the workplace can be readily cosseted, coddled, entertained, and placated – no matter how extreme or dangerous – while simultaneously ensuring Black employees do not feel the same sense of safety or right to express their differing views such that they do not feel a part of the company.[10]

The Limitations of “Diversity of Thought”

As to the second point above, however, there is a clear proscription on “diversity of thought” if it crosses a threshold that makes white people feel guilty or insecure. Specifically, discussion of racial U.S. history has been derisively distorted and mischaracterized as teaching “critical race theory”[11] and has become the proverbial bête noire (pun intended) in various workplace diversity trainings and school curriculums across the nation. In January 2021, President Biden rescinded former President Trump’s executive order ban on diversity trainings that addressed racial disparities in the workplace. It affected government agencies, nonprofits, and any other institution that had federal contracts or plans to apply for them. The stated express purpose of this ban was to “combat offensive and anti-American race and sex stereotyping” and to avoid so-called “divisive concepts” at the expense of underrepresented groups.

In reality, however, this act was tantamount to a gag order on free speech and sharing of truthful information about systemic and structural inequalities, which undermines workplace equality for racial minorities, women, and LGBTQ individuals.[12] The championing of “diversity of thought” and “inclusion of all perspectives” was quickly jettisoned once it potentially included addressing pervasive and entrenched issues such as systemic racism, and thus had and can have a chilling effect on some Black employees. Indeed, Kimberlé Crenshaw astutely pointed out that “[t]he commitment to free speech seems to dissipate when the people who are being gagged are folks who are demanding racial justice.”[13]

Ways to Ameliorate this Conundrum

Over time, your Black employees may begin to feel that they belong too and your organization will be better!

[3] Similar theories and analyses can be posited and adapted with respect to gender, people of color and sexual orientation.

[7] This also extends to people of color, sexual minorities, women, religious minorities and people with disabilities and other marginalized people.

[9] There should be a baseline as to what “thoughts” are given legitimacy or a platform.  For instance, should we entertain the notion that the world is flat, that certain groups of people are innately inferior, that there are “alternative facts”?

[12] It is important to note that last year’s book bans predominantly focused on Black and LGBTQ themes. https://www.nytimes.com/2022/04/04/books/banned-books-libraries.html 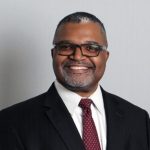 Curt Harris is a former attorney and a nonprofit professional with expertise in building community engagement and cultivating strategic partnerships. Curt is a graduate of Brown University and Fordham University School of Law. Curt currently serves as Managing Director of Restorative Investing for Rising Tide Capital, a nonprofit organization that focuses on entrepreneurship development.  Prior to this role, Curt was an associate for a midsize regional law firm and an in-house counsel for a multinational company. The views and opinions expressed in this article are those of the author and do not necessarily reflect the official policy or position of any employer (current or former) of the author.