Commercial law is the body of law that applies to the rights, relations, and conduct of persons and businesses engaged in commerce, merchandising, trade and sales. It is similar in some respects to corporate law which relates to the lifecycle of companies, including mergers and acquisitions. One way to learn about commercial law is to take a scenario and break it down.

Company A is interested in purchasing a vacant building in Oklahoma to renovate into upscale condominiums, but some local landowners are not interested in selling their property. The owner of a vacant building nearby has agreed to sell and issued a press release that Company A is purchasing his property. In the negotiation of the contract, the owner of the vacant building states that there is no structural damage and the parking lot would pass an environmental inspection. Company A signed the contract with the belief that the structure was in good condition and the adjacent lot was part of the deal. They did not first consult an outside legal firm prior to signing the contract because they were hesitant to engage a firm. Company A thought a handshake and a promise would be enough.

In the meantime, Company A’s paralegal started research and uncovered significant problems.  First, not only was the vacant building the only building damaged in the 2015 earthquake, but the owners knew there was structural damage. They had filed a claim but the owners refused to comply with the request of the insurance company. Second, there are documents that exist that elude to the fact the building is no longer safe. Third, the owner who signed the contract only owns 25 percent of the building so the legal description on the contract is not correct. Fourth, the parking lot is not owned by the owner who signed the contract but by another individual. As a result of these findings, Company A now wishes to terminate the contract and finds it necessary to do damage control as they are afraid no one will want to sell to them because of the negative publicity.

Company A has decided to hire a local law firm to resolve the issues. The first step the attorney takes is to get a structural engineer to look at the building to determine the extent of the work that would need to be done to fix the damage from the earthquake.  Company A had already hired another firm to design the condominiums and the designer and the structural engineer, working together, determined the repairs needed would have been needed anyway in order to construct the condos. Company A is happy with this result and asks the attorney to proceed to the next step with the assistance of Company A’s in-house counsel.

The attorneys then proceed to contact all the owners regarding selling their interest in the properties. The owner of the parking lot agrees but there is some dissension among the owners of the vacant building. The attorney wants to avoid court, so he works with a mediator to come to an agreement with all the owners. The mediation was not only successful but is binding. The purchase/closing of the parking lot transaction can be a separate closing.

The Phase One Environmental Assessment, a detailed on-site inspection of the property to identify hidden risk and/or noncompliance, was performed on the parking lot with no significant problems. This was a relief to the in-house counsel and the paralegal as it was assumed that a dry cleaners had been on the other side of the lot, but discovered the cleaners was not ever at that location.  What would have been the order of this transaction in your state?  If there had been a dry cleaner on the other side of the parking lot, would you have requested a Phase Two Environmental Assessment? That would be a soil investigation to determine the chemical makeup of the soil to determine any significant amounts of contaminants that will/may require remediation or monitoring.

The seller agrees to furnish Company A title evidence covering the property in the form of Title Insurance Commitment and Survey. The Title Commitment is defined as the instrument provided by the title agency as the ‘binding’ instrument to insure the loan and/or the new owner of the property as to the prior owners’ acts against the property.

Both the owner and seller agreed to use one of the better-licensed surveyors and split the cost.  A survey will show boundary lines, location of fences, driveways, improvements within the boundary lines, easements, alleys, etc. Since the property is platted, a metes and bounds description was not necessary. This is also the time where the legal description is documented.

Your state statutes may dictate the numbers of days to examine the survey and commitment. If there is a national holiday during the time period, consult the state statute to determine how this will be accommodated.

The title commitment did not yield any troubling matters for Company A to request any cures or remove objections identified in the survey. If there were objections, depending upon your state, the seller would have a set number of days to cure or remove the objections. Company A was prepared for the worst if there were cures the owner did not want to remove. If this had happened, Company A could have terminated the contract by giving the seller the statutory time to correct, or Company A could have chosen to purchase the property. What can you do in your state?

There are times when a breach or failure to close occurs. Individual states will determine if there is a return of all or some of the earnest money or whether you will be required to pursue other remedies.

Closing comes and goes without any problems. Company A is already making plans to buy another building, but will now be sure to enlist the service of in-house counsel, outside legal, and research skills of the paralegal.  How would you have handled this matter? 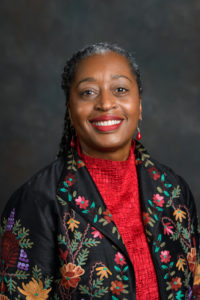 June E. Brown, CP received a B.S. degree in Criminal Justice from The University of Tulsa in 1978, began TU’s Paralegal Program in 2003 and graduated in 2008.  She has served as the Secretary to the Board of Trustees and Legal Liaison for TU for over eleven years.  June is a graduate of the 2016 Leap Program, the 2018 NALA Liaison for Tulsa Area Paralegal Association and currently serves on the Continuing Education Council of NALA.